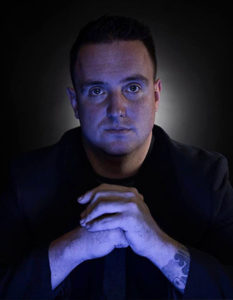 Bryan Seely is a world famous cyber security expert, ethical hacker, author and former U.S. Marine. Seely is known for intercepting calls to the United States Secret Service and FBI by hacking Google Maps in early 2014, but rather than spending time in prison he was called a hero and moved on to bigger and better things. A few months later, he found an exploit in LinkedIn and helped the company resolve it.

In August of 2014, Seely and another security expert de-anonymized the highly valued mobile app, Secret. He was on the front page of Wired, CNNMoney, CNET, Forbes and the Washington Post— all in the same day. The high-profile hacking of Secret landed Seely a consulting gig with Secret less than a week later, and Mark Cuban personally contacted the duo to provide mobile application security/ethical hacking services for his newest tech investment, Cyberdust.

In a rare interview, Mark Cuban spoke with NYTimes best-selling author and journalist Brian Krebs and provided a glowing endorsement of Seely and his team. “I like working with them. They look to help rather than exploit. We have learned from them, and I think their experience will be valuable to other app publishers and networks as well.”

Seely then helped reveal a massive number of data breaches at several hundred major institutions which prevented the theft/loss of substantial amounts of money and information; including over 9 million social security numbers, and $23 billion in managed funds at MBIA.

Bryan Seely leads the security consulting, education and implementation division at Seely Security. He sits on the MGT Capital Investments Hacker Advisory Board and has advised and consulted for an array of high wealth Hedge Funds and corporations. Bryan can often be found traveling to speak on the subject of cybersecurity and Ethical Hacking.